Note: please use Teguia (or Teguia Tabuguia) if you want to call me by my name. My first name is Bertrand.

I am a Postdoctoral Researcher in the Non-Linear Algebra group of Bernd Sturmfels at the Max Planck Institute For Mathematics in the Sciences, Leipzig, Germany.

Check this website menu to learn more about my background. 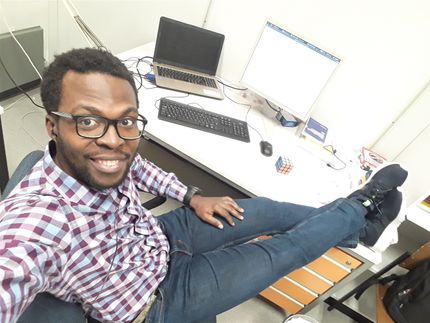 I invite you to read an informal presentation on computations based on Mathematics and computer programming in Computer Algebra.

You can try some computations with my Maple library if you wish to:

What is new in FPS (Maple version): HolonomicPDE,(not to be confused with HolonomicDE, which we want to keep for the univariate case only) for computing holonomic partial differential equations from a given D-finite or holonomic expression. There are two main options:

Computes a holonomic partial differential equation with the variables in the set S, a subset of {x1,...,xn}, eliminated from the polynomial coefficients. An accompanying paper with the technique used behind is under preparation.

One can use FPS:-HolonomicPDE to compute specific annihilators and perform so-called telescoping in the differential case.